Parasite Movie Review: It has been awarded plenty of honors and praises from all over the globe. Bong Joon-Ho directorial is the film that is not only loved for its story but is also appreciated for the layered screenplay and directorial style.

It talks about the social differences and how they affect people’s mindset. How a man’s greed can control, it can be seen in the movie correctly. The movie has been set in South Korea. It draws an outstanding line between reality and real-life experience, which is sure to give you chills down the spine as they seem to be so realistic.

The Parasite movie unfolds with the Kim clan residing in a small basement apartment looking for free Wi-Fi to access their phones. They take up any job to make money and meet their daily ends and also take care of each other. Son Ki-Woo’s friend offers him another job as he was moving abroad for higher studies, he offers him to provide his services as an English tutor to a wealthy family.

It was like a ray of happiness and hope for them for a steady paycheque, but wait! They embarked on this opportunity to conceive a plan. After Ki-Woo gets employed at Mr. Park’s house, the entire family one by one takes up every job with the family. Be it as a housekeeper, driver, gardener, or an art therapist.

Also See: YOU, what runs in the mind of a stalker

As the movie goes on and you finally get to know that this story is all about one family leaching into one another and how they take over their life, BOOM! Bong Joon-Ho will quickly shift your focus into something very dark and unsettling.

As the title suggests, Parasite movie is something that will stay within you and would eat you for being alive, the same is being projected on the screen. Apart from the talented cast and direction, the film location for the screenplay has simply worked perfectly to set the mood for the audience.

The great director Bong has a tendency to end films where they start. In Parasite, this theme has worked flawlessly at different levels. The Kim family did all this in the hope of moving out of the basement and live a dignified life, but towards the end, it looked like they were hoping for the same things. In contrast, we can see that Mr. Kim was seen trapped in another basement, which he never thought of even in his worst imagination.

The Parasite Movie takes up the issues that society doesn’t want to talk about. The symbiotic relationship prevails between the rich and the poor. How different perspectives they have for life and also gives a moral that no matter how bad your life is right now, there is always someone who is suffering more than you.

Also, we can see how drastically the lifestyle of both classes changed once they swapped their places. Mr. Kim envies his boss, Mr. Parker because he was not able to give the same lifestyle to his own family but eventually figures out that Mr. Parker is also trying to do sufficient for the happiness of his family.

The Parasite movie is a psychological drama with a hint of a gothic element that will leave you with so much to think about. In the end, Kim Ki-Taek opts to hide in a bunker, it is hard to believe that how will he stay there for an extended period.

We mean, wouldn’t it be safer to leave the city and start afresh rather than waiting in a house that will haunt him for eternity! The reporter in the end also mentions that there was no motive found for Mr. Kim to murder Mr. Kim, therefore its baseless for him to stay beneath the house as it will just put him at risk.

However, this movie won’t take you to the other side of the world but will awake you to the reality of life and the consequences of your deeds. The Parasite has been awarded Oscar and is being launched in India on Amazon Prime, do watch it with a clear mind it will surely leave you with many unanswered questions and perspectives that you need to take into consideration. 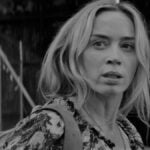