In October 2020, tech giant apple made decision of shipping iPhone 12 without chargers and earphones. And, now Samsung followed the same path. Interestingly, Samsung was the among those who mocked this decision of apple.

Yes, Samsung decided to ship all next-gen smartphones without wall chargers and earpieces starting with the Galaxy S21 launch. Samsung Galaxy S21, S21+, and S21 Ultra are scheduled to launch in the first quarter of 2021, precisely January.

Recently, on 7th December, Anatel approved the Samsung galaxy S21 lineup for selling in Brazil without charger and earpiece. Within hours, the news become the point of attraction and controversy too.

It seems once again, apple started a trend and another tech giant is following the same. In October, when iPhone 12 were shipped without chargers, Samsung immediately mocked them on their official Facebook page.

However, the officials deleted the post within hours of posting it. This is not the first time when samsung had followed the apple’s path.

Also in 2019, samsung criticized apple over the removal of 3.5mm jack from their phones. Later on, Samsung too removed the 3.5mm jack from its flagship smartphones. Samsung Note 10 and Note 10+ were shipped without the earphone jacks.

On being asked the reason of this trend, Lisa Jackson, head of environmental initiatives at Apple replied that this decision is for the sake of environment. Company says that this initiative is to reduce the carbon emissions and electronic waste, hence protecting the environment.

In November, the company made statement that all changes done in iPhone 12 and Apple watch reduced more than 2 million tonnes in carbon emissions. This is equivalent to removing 500,000 cars from the road each year.

However, the company also mentioned that users can use any brand chargers (must be approved), to charge their iPhones without affecting the phone’s warranty.

Samsung still haven’t given any statement on this move of theirs. Let’s wait to hear their side of the story.

But, many believe that this is just a way of looting extra money from the consumers. What do you think? Let us know in the comments section. 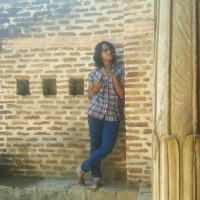