Earlier this year Samsung’s Sensor Business Staff Head, Yongin Park revealed that the company is planning for a Isocell 600MP sensor for smartphones. According to Yongin, the sensors will capture the image in 4K/8K resolution with the precision of the human eye (500MP).

The image sensor captures the incoming light and produces a digital image from it. These image sensors contains millions of photosites called pixels (which captures light). And, the total number of these light capturing photosites is termed as Megapixels.

As of now, the largest available image sensor is 108-megapixel. Now it appears Samsung goes ahead with its plan.

On 5th December, a famed tipster, IceUniverse (@universeice) on Twitter claimed that the company started working on the ISOCELL 600MP sensor that is 1/0.57-inches in size. IceUniverse tweeted, “Samsung is really doing 600MP sensors!”, with a confidential investor’s note.

The image also shows the problems that the company might face while working on the 600-megapixel camera sensor.

At present, Huawei P40 Pro+ has the biggest camera sensor that is 1/1.28-inches in size.

However, there’s a catch, that this sensor may not be popping out quickly since Samsung is engaged on decreasing the camera bump. The leaked picture also shows that a sensor this huge would take 12% of the smartphone’s back and will protrude as much as 22mm out of the smartphone’s body. So, it’s hard to expect the 600-megapixel smartphone in the next few years.

Earlier this year, Park also revealed that the upcoming ISOCELL 600MP sensor (ISOCELL600) wouldn’t be simply restricted to smartphones. It will likely be used in other fields too such as autonomous autos, IoT, and drones.

Park additionally laid out the Samsung’s plan of developing different sensors in his editorial including an image. The sensor can also be used in the analysis of skin cancer and also serving a function within the agricultural discipline. And that’s not it, the company is also working on different sensors that will register smell or tastes.

600-megapixel smartphone seems be a bit funny at present. However, it will solve many other problems and will be the biggest innovation if Samsung succeeds in this.

What do you think about this?

For more tech news and how to tutorials, follow us on google news and join our social media channels too. 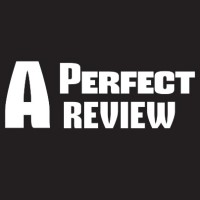