It felt like a nightmare when I was unable to book tickets on BookMyShow for a movie I was going to watch on March 16. Well, the whole year so far seems like one! Can’t believe that it is almost half a year and we have been able to survive on movie and content recommendations.

However, the pandemic has proved that nobody can stop storytellers to create content for their audiences. We live in a digital world and OTT platforms have recreated the idea of content consumption for us. There have been a few releases that were shot and featured on OTT platforms so far. One of them is The Gone Game web series on Voot Select.

Directed by Nikhil Nagesh Bhat, The Gone Game is a four-part series that has managed to touch upon the pandemic consequences interestingly. It is further interesting to note that the entire web series was shot during the lockdown and still has managed to get a place in people’s hearts. The web series has portrayed the scenario of the Covid-19 lockdown as keenly as it can with the star cast doing full justice with the characters and plot.

The story started in March when a nationwide lockdown was announced. The pandemic had left everyone spread across the country but the Gujral family, like most people, made sure they are in contact with each other through video calls. However, Sahil (Arjun Mathur) and his wife Suhani (Shriya Pilgaonkar) are stranded in the same house. Things took a turn when their son Sahil died being positive of the virus and the happy family quickly fell into tragedy. Don’t worry death of Sahil is not a spoiler alert for the audiences.

Moving on, Sahil’s body is cremated by the authorities. His wife Suhani had to stay alone in their house. The mishappening is followed by strange things. When Sahil’s sister Amara (Shweta Tripathi Sharma) received a call from her dead brother’s phone number, she decided to investigate the matter. With the help of a team of hackers, it is interesting to see how Amara solves the mystery. If you are a fan of thriller series, you must subscribe to Voot Select and watch this one.

Towards the end, The Gone Game web series reveals that it has been shot with minimum crew keeping in mind the coronavirus pandemic effects. Keeping in mind the fact the scenario it was shot in, we managed to compromise on the minimal scene and location changes that make the series monotonous. Well, the series tapped on the idea of isolation and lockdown scenario in the country perfectly.

Talking of the star cast, the actors’ team did not disappoint. Sanjay Kapoor plays the shameless and charming Rajeev Gujral. He is the chameleon of his skills, and in every change that occurs throughout the story, his character has completely succumbed. The performances by Shriya Pilgaonkar and Shweta Tripathi Sharma were also appreciable. Together with Indraneil Sengupta, the two of them kept making the audience guess what their motives were. Particularly worth mentioning is Dibyendu Bhattacharya who has played Subhash Chaudry. Bhattacharya is the first suspect when the problem occurs and the most potential villain. The whole star cast has shone brightly in the web series. If anything, The Gone Game star cast is not going to disappoint and we have our bets on it.

On IMDb, the show is rated as 8.6/10 and most users have given a thumbs-up to the web series.

One of the reviewers, who has rated the series as 9 on 10 on IMDb, says, “This is kind of mini-series running time of approximate of 2 hour, the entire shooting was done during the lockdown. Really wonderful screenplay, story, and concept. You would be surprised that this kind of series can be made during the lockdown. The suspense of this series is breathtaking and it shows during lockdown how people struggle to reach their near and dear. I would conclude by telling this is a must-watch entirely different concept and great presentation with good acting.”

Another IMDb user rates the web series 8/10 and says, “Well the gone game web series is a masterpiece in low budget most the web series gone on a video call. This web series is above average the last part really shocked everyone. The best part of the web series is that it was unpredictable. Your all prediction will go wrong on 4th episode eagerly waiting for second season 2…though first episode I found somewhat boring but later it gripped the story.. don’t think too much it is worth watching.”

The review of The Gone Game is positive from the critics as well as the audiences.

So, we would suggest you take out some time from your hectic schedule and give The Gone Game a watch. The series won’t disappoint and you will absolutely be able to relate to the lockdown circumstances. It is rare to watch content created in the present situation. Mostly, it is done after years.

But, The Gone Game is a web series that has hit a six in terms of its timing. Some nitty-gritty can be ignored keeping in mind that the show was shot during the pandemic with minimal resources. Besides, every actor has done a commendable job and you won’t be able to unmask each character’s intentions even towards the end of the series. This is how sharply the writer has managed to form the characters.

We are unable to hit the cinemas because of the lockdown restrictions. But surely we have some amazing content streaming on the OTT platforms. So, at last, we would suggest you keep some popcorn and beverages ready and watch The Gone Game web series. The four-part series is an absolute thriller set in the Covid-19 times and such stories are rarely created. Go, watch it with your family and friends & thank us later for the review and advice. 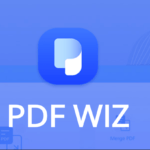 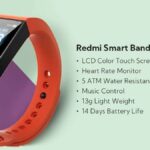