The girl gang in the first season of Four More Shot Please encountered upheavals in both personal and professional pockets but they kept their chins up throughout the rollercoaster ride. The essence of each character is rightly justified even in the second season of the series. The dramatic series directed by Nupur Asthana is dipped in sassiness and the show is much more than just heads and hearts. The new script has without fail adopted the celebration of matriarchy and enjoying their fiery freedom.

In the second season, the girl gang can be seen sinking in their heated differences but come out stronger together. Siddhi Patel lurking on a random bridge in Istanbul drunk dials her friend, Umang Singh. The latter being worried, talks to Damini Rizvi Roy and the free-bird Anjana Menon which leads the group together in the labyrinth of a foreign land.

The girls land in Istanbul and find Siddhi sleeping with Turk who eventually turns out to be a hooker. While Siddhi is head over heels for her post-coital glow, her friends understand that her call was a false alarm. There is a clear transformation in Siddhi Patel’s character; she is no longer the “yes-mommy” daughter.

But later the audience is bombarded with the idea that she just cannot deal with adulting. Her glow has a price to pay, three hundred and fifty euros to be precise to sleep with the gigolo stud.

No doubt that the ten episodes with Sids, Anj, Mangs and Dee are much more fun, breezier and unapologetic with chasing their pleasure principle of life. The volatile world of the so-bo girls is only guided by adventure even when love comes on their track to stop them from moving ahead! The proudly-flawed girls head back to Mumbai to make up for the time they have lost due to their heated differences.

The girl gang successfully make up for their past, deal with their present and make way for their beautiful future. They understand that nothing in life comes free of cost and decide to cherish everything that life throws at them with sliming faces and strong asses. The So-bo girls return to their so-called “Adaa”, the Truck Bar still owned by JehWadia. After having their usual shots they get their usual selves back, this time just much stronger and bolder.

The second season of Four More Shots promises you a ride full of heartbreaks, heated arguments, and random hook-ups. The previous season definitely left us wanting more and the second season is definitely a blast and something that we have been waiting for; more!

All four of them hold their chins up with their feet down on the ground with no excuse to kneel down for anyone. Umang is seen asserting her sexual identity and comes out open with the love of her life, the gorgeous actress Samara Kapoor. The two of them seem inseparable, however, what happens when one has earned so much in life and the other hasn’t?

It creates a rift! That is exactly what happens in Umang’s life- the one who has not achieved much and Samara’s life-the one who is a successful actress, owing to the success she has achieved from scratch. The former seeks to reconnect with her long-lost parents.

Damini has her share of hiccups with inevitable trouble- two men and the same timing! She has to reconsider her equation and has to choose between her friend JehWadia and her gynaecologist AamirWarsi.

In Four More Shots Season 2, Anjana is a successful lawyer and has to deal with the ugly misogyny at her workplace. She has a no-strings-attached relationship with Samir Kochchar, a married man in order to move on with her long battle of stressful divorce. Her character also demands her to play the part of a so-called “responsible and answerable” mother.

Siddhi stumbles upon a buddy at Jeh’s Truck Bar whereas a standup act with a Mumbai stud Amit Mishra helps her to gain clarity and her purpose in life. She ends up gaining closure but do we really believe in fairy tales? Life is never on the plain track and even well-laid out plans can go wrong but no matter what, the four strong women have always stood up on their own feet and decided to face the hardships with armours.

The knight in the shining armour for them is nobody but their strong selves, the women themselves. Giving a bold and clear message to the audience! Watch the quartet give justice to the women-centric series. The show in no small measure caters to the crowd of the metropolitan cities and appeals to all those women who have aspiring dreams and kneel down for no one.

The series shot in three different and contradictory cities appeal to the wanderlust. Four More Shots Please Season 2 is definitely worth all your quarantine time and you will end up binge-watching it. Grab some popcorn and enjoy the beautiful turns and twists, lying comfortably on your couch! 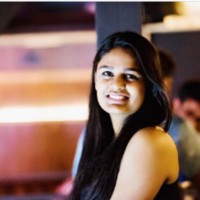