Mentalhood Web Series Review: The concept of motherhood has always been selling like hot cakes; there have been several antiseptic versions of different characters depicting motherhood. Karishma Kapoor has played the main lead in the new series titled as Mentalhood.

The debut web series and has a perfect message packed for the audience. The show is currently streaming on Zee5 and AltBalaji and will cater the best ways for parenting tips. The series is a unique journey of a parent, who is packed with fun, is mostly paranoid and fierce.

When the trailer of the Mentalhood series was launched, it received a lot of positive response from the audience. After the series was released on the OTT platforms the loving response just escalated. Karishma has been showcased as a mother of 3 children and is the wife of a workaholic husband. The female lead gave up her aspirations of becoming a model for raising her kids.

She plans only to have two children and has the third one by mistake. She wants to set her entire family in the city of Mumbai simply because she wants to take a break from her irritating and nosey mother-in-law.

Since Karishma feels that she never really got the time to plan her career on her own terms she decides to start penning down blogs under the pen name MentalMom. She keeps her followers’ updates with her daily learnings under motherhood.

The series is all about giving chapters about modern parenting and engaging the audience with the modern day problems which mothers in this generation face. You can definitely identify the poor screen play of the show and the editing is also of a very poor quality.

There are several hiccups in the entire series, you can manage to overlook all of them somehow since the series addresses the issues faced by mothers and the lead is shown dealing with bullying, molestation, and gender fluidity.

Jacqueline Fernandez To Launch Her Own Virtual Dance Show Amid The Lockdown; Promises Cash Prize As Well!

The series has taken inspiration from Big Little Lies starring Nicole Kidman and Reese Witherspoon. Mentalhood web series has ten episodes overall and fails to deliver entertainment. The storyline lacks some necessary elements and is best suited only for parents. The ones who do not have a child yet cannot connect so well with the story. Tillotama Shome has played a very well role in the series. Her character Preity plays the role of a tiger mother and has an uncouth better half and two kids.

In a way, she has definitely stolen the spotlight in the show. In no small measure has she depicted her role better and received positive responses from the audience. Karishma is shown as foul-mouthed mom and has to take care of her husband and children, it’s a roller-coaster ride overall. The actor has lovely dialoguesand adds subtle humour dose about parenting.

Dino Moreo’s acting definitely calls for appreciation; he has won hearts of scores of individuals with his acting skills. The actor has delivered his role in the most natural manner possible and justifies that it’s okay even if men have to take care of their babies. He is the perfect guy who can manage dogs, guitars, and babies, the guy over which women drool.

There are a few shortcomings of the mentalhood series: there are a few places where the female lead’s expressions look completely out of the place. There have been several elements in the series which have been addressed but have not been explored much. You will come to know what the elements are after watching the series. The writer has also brought nepotism into the limelight but failed to deliver it anyway. The phenomenon has not been elaborated which kind of makes that segment looks very empty.

The series MentalHood is basically a guide for parents about parenting and a funny crash course about how to deal with unexpected issues. It also addresses some serious issues like how to deal with cases of bullying, grooming your child and so much more. It also touches the spot of talking about mothers who have to deal with insecurity and sensitive rides.

The series has right depicted the facts about parents who shower their children with expensive goods but have no time to spend with them because of their workaholic culture. The makers have also brought the ways in which you can tell your child if he/she is adopted.

Also see Will The Film ‘Fashion’ Starring Priyanka Chopra And Directed By Madhur Bhandarkar Have A Sequel After The Lockdown?

Overall, the series is very different from all the series which are flooded on different OTT platforms. It definitely has brought several issues into the limelight which earlier was not addressed. The show is actually a crash course for parents to deal with their growing children and understanding their point of view too. The series is also packed with subtle comedy and has manged to engage the audience.

For more interesting web series reviews and new updates stay tuned to us. Bookmark us now! 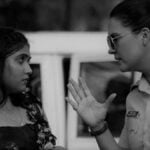