The Netflix original series is set in the village of Jamtara, which revolves around the tale of the juveniles who are deeply involved in a phishing scam. The youth is involved in practices where they ask strangers for the details of their credit cards to transfer money illegally. The well-knitted story is not fiction but inspired by a true story that took place in the village of Jamtara, Jharkhand.

The series is all about the concept that what happens when the illiterate youth of the country is vulnerable to wrongdoings.

The show focuses on the family drama in a small town with youth all energized to commit crimes. The cynical story reminds us that when it comes to money anyone can get corrupted. The village has a majority of the youth dropout who spend their precious time on the streets to harass women double their age. Lack of education moulds them to become carefree teenagers who use advanced technology to trap the rich in their virtual web.

In ten episodes, the story does not focus much on how the phishing scam takes place but the consequences one is subjected to after committing the crime. Hardly 2 minutes of the web series is given to the genesis of the idea the rest of the series only focuses on how phishing is dragging problems towards you.

Sunny, a seventeen-year-old boy is the brains behind the elaborate scam. The street smart teenager is married to Gudiya, the underage girl marries him only for money. Sunny has a cousin brother named Rocky who is the stooge of the political head of the village. Brajesh is the political henchman, who looks terrifying for his character. Dolly is the superintendent of police whose character is very unimpressive.

The scenario in the village is very chaotic; the village head wants fifty percent of the profits, which the youth is earning through illegal means. Dolly is all set to sort the scam and ends up arresting Sunny, Brajesh, and Rocky. The entire situation is very complicated since the audience does not realize which side to be on.

Gudiya asks her husband what will he do with the money he has managed to earn. And he replies with a wit that he wants to have his identity as the richest man in the village. However, it is the gospel truth, the rich want to be richer and the richer want to be the richest. Would Sunny stop even if he becomes the richest man of Jamtara?

Gudiya’s character is all about the girl who dreams of the fancy world, she is not all bothered by the caste system but by the riches. For her, it’s all about money. Her character acts as a metaphor and strictly tells you what you should not become.

The show has spread the right message that criminals never have the perfect ending and their actions are irreversible. The writing of the series is very simple and it seems that the budget was very limited. The imagination is not so creative and the screenplay seems to be okay. However, the cinematography of the web series is truly aesthetic; it will remind you of Turkish films.

Considering the entire web series, it seems that the first season was knitted in a manner to have a second season too. 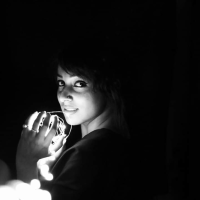