Table of Contents
Importance of Script in Videos
Tips To Follow to Write the Best Script for Short Video
1. Script Has Strong Power
2. Know The Target Audience
3. Discuss The 2Ws and 1H in the script
4. Open With Interest
5. Call To Action
6. Right Language in Script
7. Be Clear in Mind
8. Purpose of Video
9. Read Aloud
Conclusion

A video is incomplete without a script. Whether it is a movie or a short film, or even a 30 second Instagram reel, you need a good script for people to watch the entire video. You may have all the raw footage but having a script is essential, narrating the video quite well. You can learn the script and perform the act in the video. Or else, you can give a voice-over in the background of the video.

Importance of Script in Videos

The script always needs proper planning. It describes the entire video. With each shot, you have to have a great script to explain the primary purpose of the video. The script works as a blueprint for video. Video shoot, raw footage, or editing are the different parts of the video but what is essential is a good script. People watch your videos for good quality content and narration that you provide.

A script has the power to make or break the video. You must write a script at first so you can channelize the video footage accordingly. Make proper planning and even strategy to create a good video script. While writing a script, you have to take care of certain things:

For explainer video, the script is primary because you can neither narrate the script nor use the video’s textual graphic. It is a kind of video where you need strong, catchy, and bold writing. Then, you can fetch the attention of viewers. Use a good video editor to edit the videos and adjust the script. The font color and size matter the most in the textual video.

Tips To Follow to Write the Best Script for Short Video

When you talk about short videos, it means that you have less time to attract the audience. Hence, in a short time, creating a good quality script is challenging. In this article, the tips will surely help you make an excellent script for short videos.

The video script is not just a narration. It has the power to change the viewers into customers. Therefore, work hard to make that transition smooth. It should give a message to the people who watch the video and not just simple narration.

The span of getting hold of viewers’ attention is pretty short. So, open the video with unknown facts, quotes, or even statistics. It helps the viewers to stick to the video and watch it. It enables you to catch the attention of the viewers in a short period.

You are making videos for business promotion, and hence there must be a call to action. It encourages the audiences to either click the website, make a phone call, or message the query. It allows the brand to make good communication with the viewers. Communication helps the brand to know the consumers deeply. Later, these consumers can turn into loyal customers.

It’s not about buying the product all the time. You can ask the viewers to share the video on various social media. Like or follow the brand’s social media profiles. It creates a good connection between the consumer and the brand.

A script with the correct language has more views. Depending on the type of video you are making, you have to write the script from that perspective. For NGOs, use humanitarian words, whereas fashion videos use fashion-related words with a bit of creativity. The language catches the attention of the viewers for sure in a short video.

Do not jumble up your mind with different types of ideas. While you sit down to write the script, be focused on one script at a time. It helps you understand what you want to share with your viewers. Prepare yourself to create the best narrative script for the video.

You have to decide whether you want to increase sales or create brand awareness through your videos. Then, prepare the script accordingly. Write a meaningful script based on the tone of the video. It helps you understand what the factual determination of video is.

After writing the script, always read it aloud. Why? When you read aloud, the words, lines, sentences bang in your ears too. You can feel if there are any wrong lines. If any sentences do not sync with the meaning of the video, then you can notice instantly.

Following all the above tips, you will create a video that helps your brand increase its sales. You can even create brand awareness and become popular with unique content among the viewers. 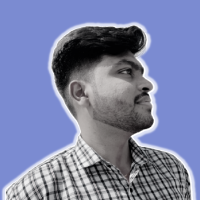 Kartik Prajapati
View More Posts
Tech and Gaming Geek who is always after searching for the latest games, mobiles, and smartphones. This geek of mine landed me here on this tech and game review website.
Tech Author

How to Create an Appealing App

How To Create A Strong Hook For An Essay

How To Invest Wisely In Business Technology: A Guide