The action thriller Netflix movie, “Extraction“, stars Chris Hemsworth in the role of Tyler Rake. The story revolves around Tyler, who is a mercenary and has been commissioned to retrieve the son of an Indian drug supplier. The movie has scenes flooded with action. In no small measure the stunt coordinator- director Sam Hargrove has framed the beautiful Netflix original very patiently.

This kidnapping puts the boy’s protector into a difficult position to save his family’s life. Saju, the protector is played by the handsome hunk of the Bollywood industry, Randeep Hooda. His character is that of a kingpin deputy who will go to extreme ends to just to fulfill his boss’s orders. (You come to know why in the end)

Ovi’s father does not have the financial condition to rescue his son but still hires a mercenary, Tyler to save his life. While Tyler is on his mission to securely bring back the drug supplier’s son to India, he receives a message from his team that they are being cheated on, since Ovi’s father will not pay for the rescue mission. However, Rake still decides to save the boy’s life because of his past, which has been shown very hazily in the first half of the movie.

Tyler’s character demands a lot of action however; it has been guided with very clique instances. He is unbeatable even when surrounded by more than twenty armed men, he never misses a shot and he has the clique friends who stab him when the time comes.

However, the character has a paternal instinct too, which is revealed when he decides to stay back and put himself in danger for that one chance, where the boy can escape from the hands of the authorities. The trust between the duos is represented in slightly subtle humor, when Tyler asks him whether Ovi trusts him to which the latter replies “no”, Tyler then nods his head to simply say “good” and throws him from the terrace of one building to another.

Tyler and Ovi are chased by two parties; one by Sanju who wants to rescue Ovi to save his family from the brutal orders of his boss and second Amir’s troop.

No doubt that the extraction movie’s script is very engaging and moves at a fast pace however, the villains in the movie do not have screen presence and appear too one-dimensional. Amir is just a sadist who loves throwing children from building tops when they do not cooperate; hence the character is very flat. Many dialogues in the film are in Hindi and Bengali, which are delivered with a lot of melodrama. The fight scenes in the movie look like shots from the game, “Call of Duty”.

The sympathetic spot is touched by Joe Russo in the scene when the young boy asks Tyler about his emotionally wounded past. The climax of the action movie is very intense and has been staged well. The beginning of the movie has a few flashes from the climax scene where Tyler is severely wounded with a shot and falls off the concrete. The last shot fools us into believing that the hunk mercenary is dead.

Talking about the chemistry of Hemsworth and Jaiswal, they have managed to take out the best of each other on the screen. Their characters gel up very well, where the white guy tries to save the kid from the brown villains. In the end, Tyler’s character is painted as the good-bad guy, mostly good, winning the hearts of the audience.

The extraction film has done justice to the location and the warm yellow frame of the films compels us to feel that we are a part of the film. The cinematography has been carried out very well. There are minimum jump cuts and many continued shots, wherein the camera moves along with the characters for us to feel their journey as if we are tagged along with them.

Overall, the two-hour movie with packed action is very engaging and a must-watch in the quarantine. Once you complete the first part, you cannot wait to know what the second part has to cater to! 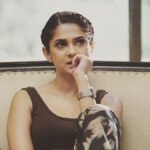 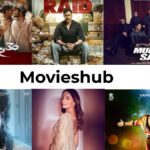