Movies and pop culture often pick up on popular trends and products and incorporate them into their stories, which serves as one of the best indicators that that particular trend has arrived and is here to stay. In that sense, the fact that the movie ‘Crypto’, released in April 2019, is based on cryptocurrencies and related crimes and frauds, only goes to show how popular and mainstream cryptocurrencies have become, and that more and more people are showing interest in this new concept of money. Over the last few years, bitcoin and other cryptocurrencies have steadily crept into ‘normal’ conversations, as well as into investment portfolios, and their adaption shows no signs of slowing down. There are quite a few industries and sectors where cryptocurrencies have begun to be accepted as modes of payment, with online casinos being the foremost among these. Such websites have been known as bitcoin casinos, and there has been a lot of demand for them, due to the benefits of using bitcoin. Thus, it is no surprise that movie makers have got in on this as well, and we could see a lot more movies such as ‘Crypto’ coming out in the next few years.

‘Crypto’, directed by John Stalberg Jr, stars Kurt Russell, Luke Hemsworth, Beau Knapp, and Alexis Bledel. The main plot revolves around a money-laundering scheme using cryptocurrency, and the resulting FBI investigation to find the culprits. It is an interesting take on cryptocurrency, and those who regularly trade and invest in them will find a lot of inaccuracies in the way portfolios, trading, and prices are portrayed in the movie. Nevertheless, it is still a decently enjoyable watch, with a fast-paced story and explosive finale, even though the plot itself may seem nonsensical at times. Some of the usual tropes seen in crime thrillers and dramas are employed here, such as the usage of Russian opera music to signal the entrance of the bad guys in most scenes. The music is used as a crutch to build tension, rather than the story and editing doing that on its own, and that is one of its biggest flaws.

Some of the lines and dialogues are also quite cliched, with many of them coming from Knapp’s character, who plays the role of an anti-money laundering (AML) agent at a bank. His competence at his job, discovering a potentially fraudulent deal, gets him demoted to a tiny branch in his home city from the New York City headquarters, rather than being praised and promoted. There, he sees that there is something fishy going on, with Russian mobsters, art gallery hostesses, and more. Knapp’s acting is actually on point for most of the movie, and he plays the character, Marti, like someone who could never even think of bending the rules a little bit. This does get annoying at times, but those edges do wear off as the movie progresses. However, the filmmakers believe that everything must be explained to the audience, so there is way too much exposition in this movie. Everything, from how bitcoin works to using crypto exchanges to ICOs, is explained, which does make sense since the majority of people still do not know the details of how crypto works. That does not make it any less annoying, though. 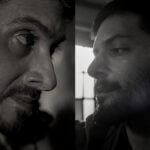 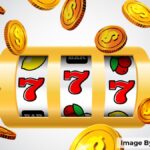