The film Kappela, develops a beautiful plot till the end just to digress away from the attractive style. It seems that the Malayalam film was handled pretty well in its initial stage by the debutant filmmaker, Muhammad Mustafa. However, he does not weave the end well or maybe he does! The movie is based on an unlikely romance that takes place because the female lead tends to call a rickshaw driver’s number by mistake.

The character Jessy has been played by the simple-looking actress Anna Ben, who is a very academically weak and fails the second year. She belongs to an orthodox lower class family. The village she is a part of doesn’t have anything great to offer to the simple girl hence one single wrong dialed number turns out to be on the positive note for her.

The story of Jessy has been portrayed initially when she is having a really good time with her best friend. She has a lot many issues in her life and she expresses it to her only friend in a cool manner. However, it reminds the audience that she is just trying to show that things have not affected her so much.

As the film begins, Jessy is showed helping her mom with the stitching work in the pristine and calm valleys of Wayanad. Once she is asked by her mother to call one of their customers and she accidentally ends up calling someone else. The other side of the line is picked up by Vishnu, who is a rickshaw driver.

The role of Vishnu has been played by Roshan Mathew. Their understanding of friendship soon escalates into love. When the love birds have their bond getting strengthened, Jessy receives a marriage proposal from a guy called Benny. His family is quite affluent and hence her family accepts the proposal. Jessy, in order to give closure, decides to meet the love of her life and heads towards Kozhikode.

The kappela movie story digresses from its path when a new character steps in. With his entry, it seems that the love story, which was supposed to mold beautifully goes down the drain. With this surprising plot, we think that the rest of the film will pan out in a certain manner. However, that is the part we go wrong. The filmmaker chose the perfect way to baffle the audience.

The rough character of the new person tries to divert the minds of the audience. Roy’s character has been played by the actor Sreenath Bhasi. As soon as he encounters the duo, there is a change of plans. Muhammad Mushtafa’s debut has definitely brought issues such as human-trafficking into the limelight.

This issue has been faced by so many women and young bubbling girls even today. That one phone call plays a very important role in the entire film. In no small measure has the director tried to mix different aspects to craft a beautifully crafted story? The movie has been shot in Kannur, Wayanad, Kozhikode, and Malappuram. The weightage in the film has been added by Sushin Shyam’s beautifully composed music and the cinematography of Jimshi Khalid.

Roy’s character demanded a lot of desperation to throw light on the situation that he is unemployed and is willing to go to any length to earn a living. He is shown very vulnerably short-tempered and mysterious. The actor who played the character of Roy is very well known and respected for his upward sloping career graph. He has definitely surprised the audience with his novel look and character in this film. His mature characterization and delivery of subtle expressions have definitely made the movie more engrossing for the audience.

The character played by Anna Ben seems a little similar to what she has played in her earlier films. She made her character of a village-girl very realistic. The role played by Roshan Mathew as Vishnu has received a lot of appreciation from the audience. The amazing chemistry of three characters and delivery is superb. The actions scenes created in the movie seem to be very realistic and are definitely admirable. In a few instances the movie seems to be dragged and running at a slower pace.

The surprising plot definitely has been executed very smoothly and creates a positive imprint on the minds of the audience. The Kappela movie definitely addresses a certain issue, which is not raised quite often but it seems that the movie could have been better. If you look from the perspective that how the message bombarded can be misused it seems a little disappointing. No one wants the rights of the women to be curtailed, especially when it involves them making important decisions regarding their future and relationships.

At the end of the film Kappela, the female lead is made to be understood by an educational girl to not go on the legal and complicated path. It raises the question that whether women should actually resign to their destiny and go according to the well-crafted life decided by her parents or just take charge instead; choose her own battles, failures, and success on her own conditions.

The performance of the character Roy and Jessy has been done justice to by Sreenath Nhasi and Anna Ben respectively. The debut movie of Muhammad Mustafa definitely shows a lot of promise to the audience regarding his next film. The fresh ideas of the debutant seemed to attract a lot of people. Let’s see what he will surprise us within his next beautifully wrapped film. 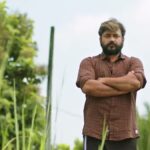 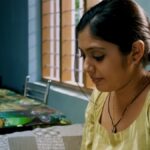