Ala Vaikunthapurramuloo Film Review: The film revolves around Bantu who seeks validation from his cold-hearted father at every step of his life. His father always grabs every opportunity to put him down. The lead role is played by Allu Arjun whereas; the role of the father has been played by Murli Sharma. On a completely different note, Ramachandra is a millionaire and wants his son Raj Manohar to be assertive.

The film Ala Vaikunthapurramuloo is beautifully set in the soft-tinted, pastel-hued land and has a beautiful frame. The film has been directed by Trivikram Srinivas. The movie focuses on the evil-does who will have their part of karma sooner or later. However, when karma is in no mood to treat the bad guys it seems like the only hero will beat them up black and blue, but definitely in style.

Movie Ala Vaikunthapurramuloo has a lot of many characters and has several contradictory scenarios. The tale beautifully directed by Trivikram Srinivas has the greatest strength of all and this is a tale of a man who cares about his family the most than everyone else around him.

Murli Sharma who has played the role of the protagonist’s father has delivered a brilliant performance and needs to be applauded for his expressions throughout the film. Bantu feels that the worst part about his life is his father and Murli Sharma has delivered the role which seems a perfect balance for the story.

The old man loves to remind the lead that son that they all belong to middle-class family and thus he must resign to his destiny. The lead’s father seems more interested in the life of Raj Manohar who is the son of the millionaire guy. He does not bother much about his own son and is more interested in the high class family; however there is a strong reason for the same.

A chaotic situation is created in the film when he finds out the truth about his father and enters the multimillionaire lavish house named Vaikunthapurram. The film is not packed with new elements but delivers a cliché topic, which is however executed very well.

The film, Ala Vaikunthapurramuloo also has a love angle between Bantu and Amulya, which is depicted in a very beautiful manner. The character of Amulya has been played by the gorgeous actress Pooja Hegde. The film also has a funny incident, where Bantu cannot stop staring at Amulya’s beautiful legs and the situation has been brilliantly balanced out by the director.

Ironically, the role is given strong consent to keep the jokes on a lighter side. Pooja Hegde has played the role of a pixie dream girl but has successfully managed to bring the spunk aspect in her character. It is definitely a delight to watch the eye-candy on screen and she has delivered a lovely performance.

Tabu plays a character, which not fleshed out properly and it is really a shame. The emotional screen which the director was planning to deliver to the audience did not turn out to be too good and seems unnecessary on the screen. She definitely seems graceful on the screen but due to her half-baked character, she did not enjoy much appreciation from the audience.

Sushanth A does not even have the sort of role the audience expected him to have. The film has several characters which are played by a lovely cast, Rahul Ramakrishna, Harsha Vardhan, NivethaPethuraj, Navdeep, and Sunil. The best role in the film is played by Murli Sharma. Sachin Khedekar enjoys a very funny role, which has brought the tinge of subtle comedy in the film.

There is no doubt that Allu Arjun is a lovely actor, he has sunk his teeth in the role and in no small measure has succeeded to pull it off with ease. It seems that he is very comfortable playing the role of a miserable son who later beats the hell of out the bad guys. He seems to take charge of his life despite the fact that he has a bumming father and bad circumstances. The fight scenes directed by Ram-Lakshman are definitely a delight to watch and the dances on the silver screen have been executed very well.

There is this one song, which has been appreatiated by the audience where a folk song has been used to give a tribute to the popular celebrities of the Tollywood industry. The background score and music given by Thaman S is very impressive and the cinematography by PD Vinod is appreciable. The editing done by Naveen Nooli could have been a little better, especially in the second half. The first half still seems fine concerning this aspect.

There are several comedy punchlines which have fitted well with the theme and script of the film. 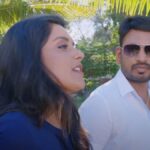 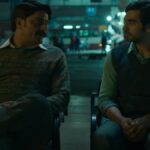