She series is packed with seven episodes in all and has promised to deliver a different concept to the audience amid the lockdown. The series is created by the very talented and visionary director Imtiaz Ali. The series has been released on Netflix and features Aditi Pohankar and Vijay Verma in the lead roles.

The netflix series revolves around a police constable Bhumika who belongs to a middle-class family. The protagonist can be seen to get involved with henchmen physically for catching the person. As a part of the mission, she gets dressed to roam in the by-lanes of Mumbai city.

The show depicts the idea that a woman’s body can work well to control her surroundings. There are several boyfriends and men you will look over in the series however their background has not been defined very well. There are many moments in the series which look completely surreal.

When the plot of she series is revealed you get goosebumps and worry about the tangential drift. All of this is only because the main lead did not leave her character traits even for once in the series. Her character has definitely kept the audience engaged and entertained throughout the unique concept. There are several plots in the series where no justice has been done due to sloppy writing. The thriller story and the characters keep you dripped you at all times.

Vilay Varma has a lovely style and becomes a victim of the creator’s part. The series is definitely not like every other story flooded on the OTT platform. She series is packed with lots of new elements and promises a good time for the audience.

The story focuses on a completely different kind of woman, but an ordinary woman. There is absolutely no sense of civility when it comes to her. There is a level of comfort in their homely conversations and probably a few of you can even relate to the same.

As soon as you feel that the series has a smooth track, you lose the same, and communication seems to get lost. In the series, Bhumika has strange conversations with officers, beggars, and homeless people. In the series no one accepts the character merely for her face value. She is the girl with strong notions and ideas but seeks for the normal ordinary life by fulfilling her duties. It seems that the makers have a justification for her belief and value systems.

Also See: Ghoomketu Film Review: Much-Awaited Film Turns Out To Be A Major Disappointment For The Nawazuddin Fans

However, the makers could have worked better for delivering the well-knitted story on the screen. The first season of the Netflix series is definitely packed with a lot of elements and does not fail to impress us.

The twisting plot at the end of each episode is very intriguing and leaves you wondering what will happen in the next episode. However, the climax of the series will leave you dumbstruck without any doubt. Overall, the star-cast has delivered a lovely performance. Each one of them has managed to play their roles very well and deliver extremely well performance until the very end of the first season.

The narration is absolutely gripping and the twists keep you engaged. There are several bold scenes which make the series adult only and will keep you gripped in this lockdown. The thriller series is at your rescue to keep you engaged and away from boredom. The saddest part about the series is that it uses Sasya for setting up all the major events of the series and pushes him away conveniently.

Nevertheless, several scenes with lust are replaced with caution to fill in space. The series is carried well through the performance of the main lead and her stunning performance. The complexity of her Bhumika’s character is what keeps the audience gripped and forces them to binge-watch the entire series.

Her strong survival instincts will probably make you fall in love with her. Watch the web-series today!

For more updates, reviews, release dates and other details stay tuned and bookmark us. 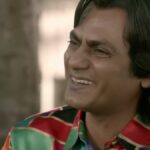 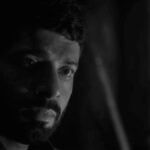