2 States Malayalam Movie Review: What happens when two cultures fall in love? Two States is the exact representation of this! The Malayalam film 2 states, directed by Jacky S Kumar is all about frictions faced by two families with differing cultures and differing economical backgrounds.

The main lead of the two states film, Hari lives in a quaint village and is jobless because his father does not believe in working for others. He belongs to a lower-middle-class family. Hari’s Appappan has a habit of blocking marriage proposals, however, one fine day a beautiful girl named Sushi visits Appappan’s shop and begins questioning his idea of blocking marriage proposals in the village.

However, she thinks that Hari is responsible for this and thus confronts him. Hari, the village boys falls for Sushi at first sight. The love story begins to knit between them and both of them decide to elope since things do not work in their favor.

The basic story of the 2 states Malayalam film revolves around the fact that the rich bride’s family does not want her to marry the poor groom. The drama in the film is more or less predictable, however; there is a surprise element for the audience at the end.

The rom-com approach of the film is very different but the cliché scenes in the film seem to be very cheesy. The goons sent by the bride’s family chase the couple, as it happens in every other movie. The story has a different tinge with subtle humor however; it seems as if comedy is being repeated at different scenes, this could have definitely been avoided.

The male lead is played by Manu Pillai and his debut performance turned out to be really very impressive. There are a few instances where the hero loses a strong grip of his character but overall his performance has been delivered really well. For a debut role, he performed pretty well.

The role of the female lead has been played by Sharanya, and she suited really well for the character. She has brought the bold essence of her character through her acting. The comedy scenes in the two states malayalam film have been perfectly handled by Shammi Thilkan and Mukesh. The former has performed very well as a goon and has rightly justified the character.

The role of the police officer has been played by Johny Vijay and even he gave a brilliant performance. The beautiful music in the film has been composed by Jakes Bejoy and enhances the plot of the film. The film has successfully captured the beauty of rural life. The set has been laid beautifully and the natural landscapes have been chosen wisely.

The cinematography of the movie is also quite in line with the movie and seems just fine. If you want to watch a light comedy over the weekend then “Two States” is your pick. The subtle humorous 2 states malayalam movie is a good option to watch with your loved ones.

Stay tuned with us for more movie reviews. 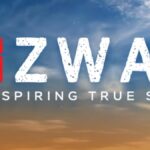