Call of the Wild, just like the name suggests, is a movie based out entirely in the adventures of the wild that will keep you on the edge of your seat for the entire time with a bright light of epic geology and rage sparkling in the form of drizzle over you.

If you have watched the trailer then it must have given you a fair idea of how the movie is filled with adventures that will make you skip a heartbeat as the protagonist of the story dive into the depth of self-discovery after he accidentally gets on a journey that takes him to the far corner of the world.

Buck, the protagonist of the movie who was raised as a spoiled dog in the big city finds himself as the intriguing rough dog with incredible wit and strength hidden inside his bones. The sled dog’s hidden gems come out when he is thrown into a journey by his destiny only to find his ultimate place in the world.

Buck, oh his journey, was passed on under the command of several owners and masters until John Thornton, played by the phenomenal actor Harrison Ford came into his life and turned it around.

John saw that one thing in Buck that the world fails to realize and so the two set on the majestically incredible journey, the very first when Buck is out in the world with his head held higher than a mountain and his wings ready to the flight. Living life is domestic boundaries for the longest, he only finds himself after he is out in the wild, in the midst of the raw nature. He finds himself with the instinct of a leader.

Ford in the film comes out in the raging lights as the master who is ready to cross every last mile for his beloved companion in Buck even though he himself is walking away from a tremendously tragic past.

The gorgeous setting of Alaska, the last stop of the world, is what drives Buck to achieve his true self. Even though the protagonist of the movie has no dialogs because of the natural duplication of a dog, the character does not fail to come out in enchanting colors leaving tint on everyone’s heart and mind. The character is a must to make you fall in love.

While the characters are strictly taken from the finest classic novel that came out more than a century ago, the cinematography also did wonders.

The Visual Effects in the movie are extremely captivating and within a few minutes of watching it, you won’t remember it is a 3D animated hybrid with a well-developed arch, running on the four legs purely created by CGI. The CGI animation is s strong that it literally brings out Buck to life and fills the character with the spark of a living organism even depicting emotions to its human counterpart in the most affectionate way.

Fans of John London’s work will not be left in a dilemma to like the movie or not because it is strictly out of the books. The friend family relationship that is the greatest highlight in the book between the protagonist and his master is kept intact in the film too.

While it may or may not come out to you as a solo watch, it is definitely a delight to watch with the family.

The Call of the Wild is a heartwarming movie that takes you on a roller coaster of emotions that will make you incredibly happy in one moment and will break your heart in another. Also, the movie makes you laugh too much making you enjoy every bit of it.

Being an animated movie, the movie did not come out as a disappointment it could have been. Keeping the brand name of Disney in its prime place, the incredible play with the CGI is clearly visible on the screen.

Buck in the film comes out as an avid ideal of a truly loyal companion and follower of its master. The passionate dog that carries a heart of gold takes a dive in the frozen water to save the life of another human despite the fact that the water may kill him. 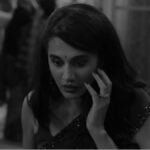 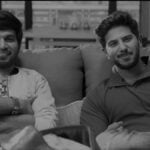